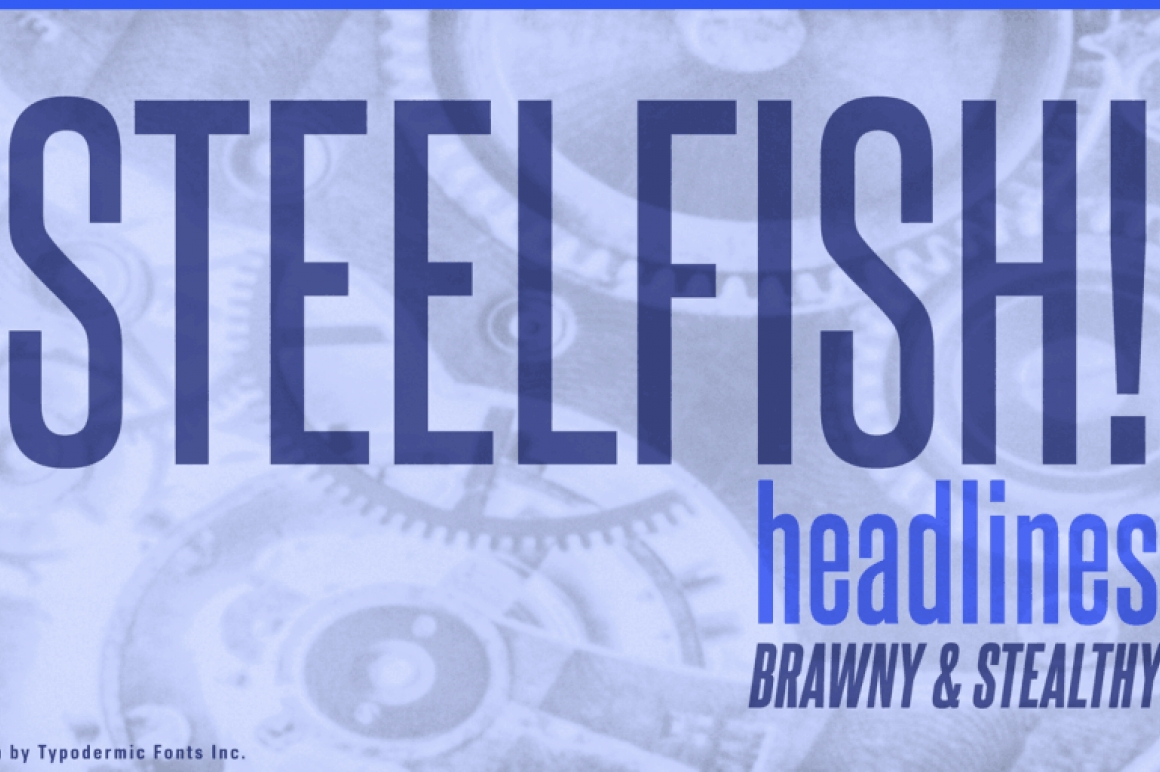 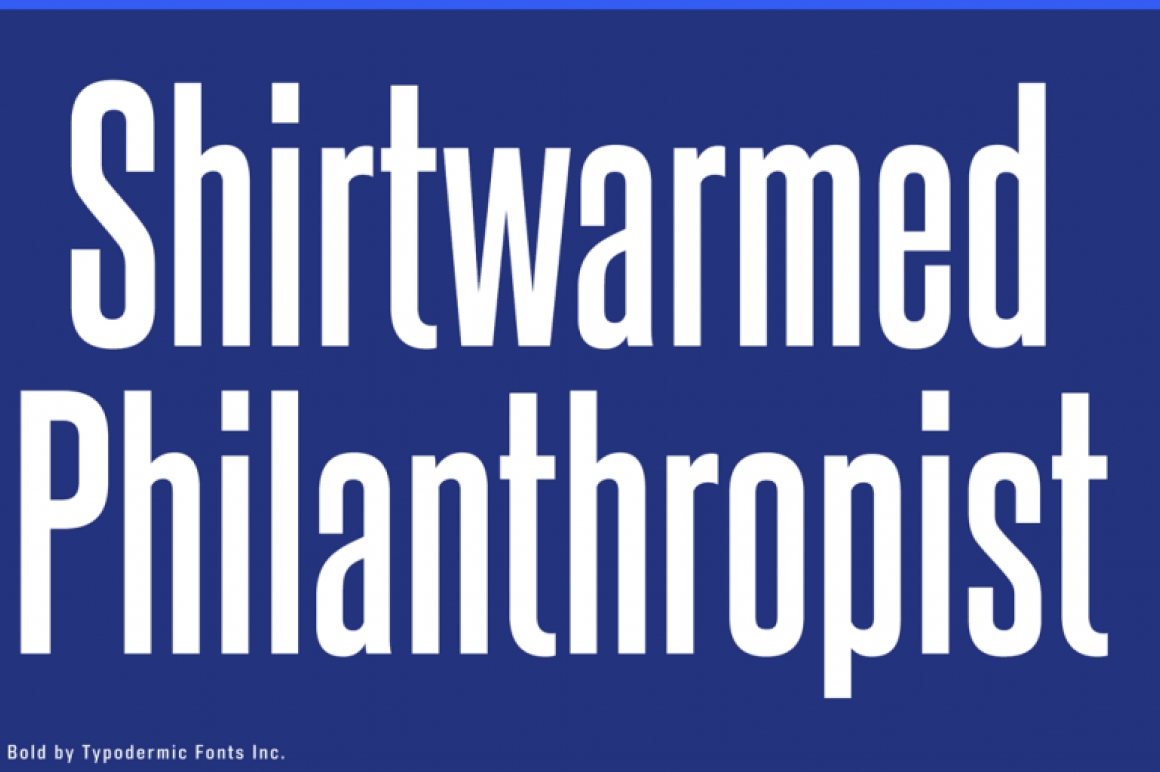 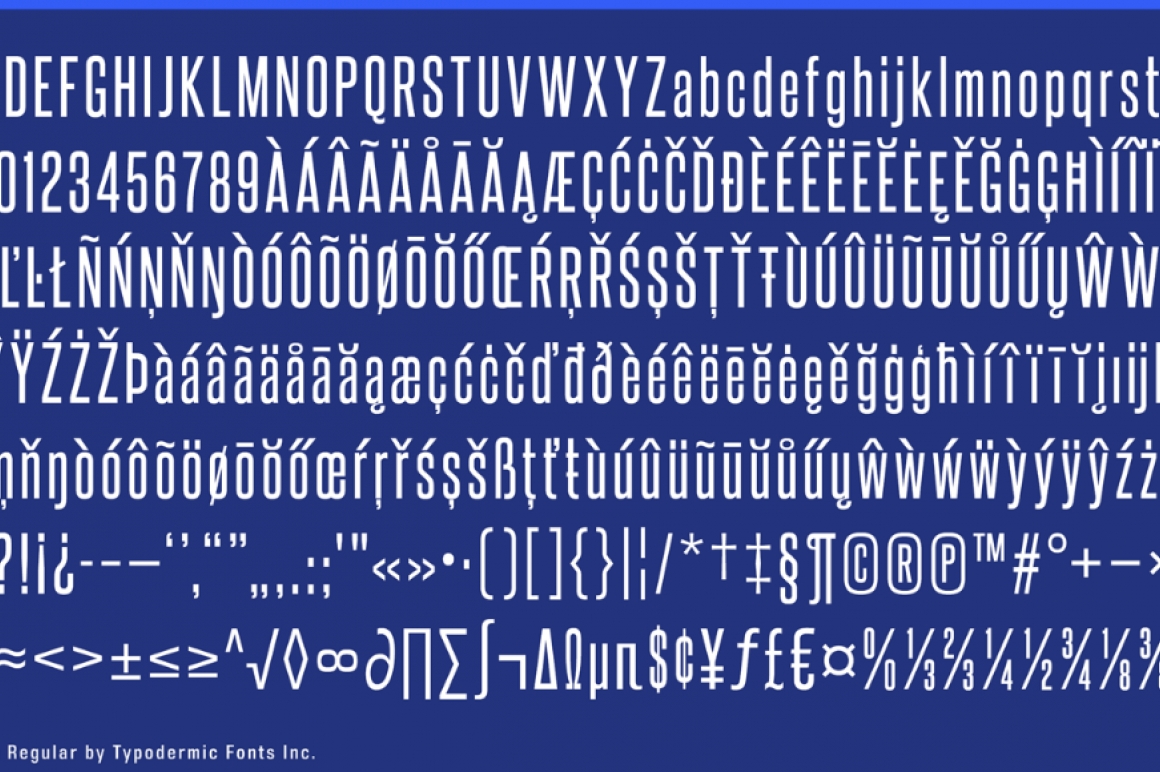 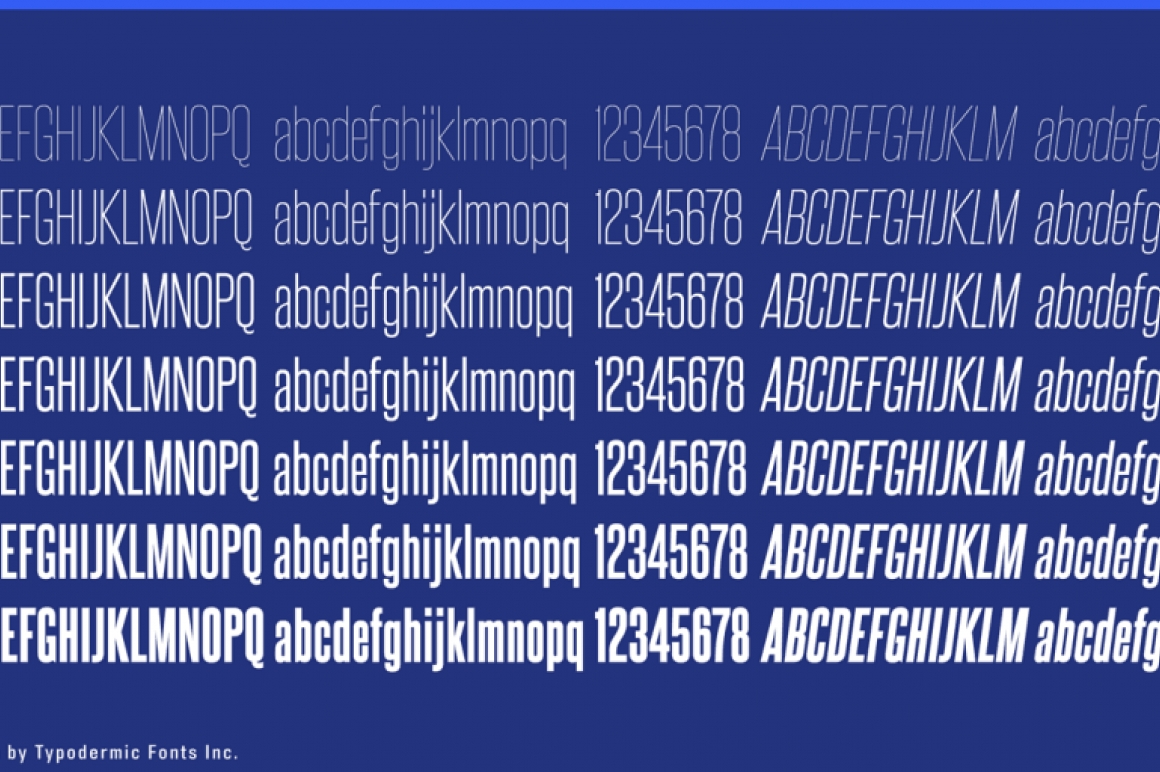 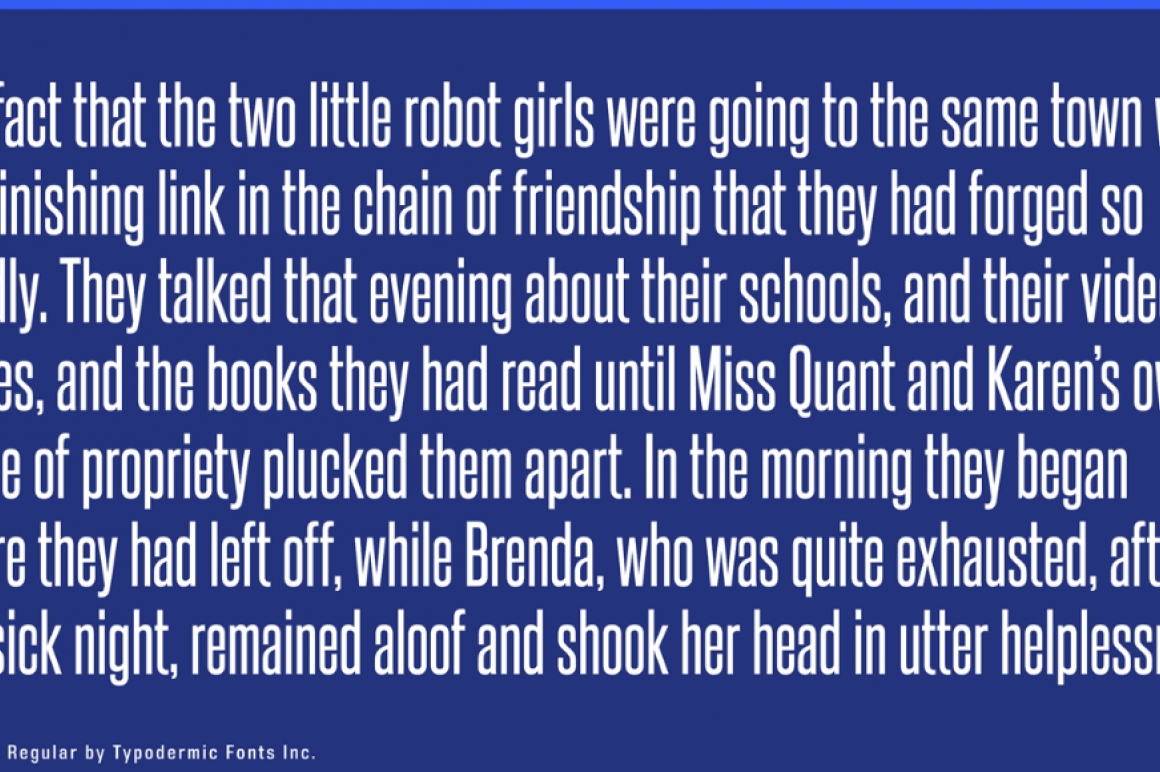 Steelfish is a condensed typeface—an ad hoc design inspired by early to mid-20th Century newspaper headlines. Rather than being modeled after one specific metal type, Steelfish is an aggregate of many headline font sources. The original cuts of Steelfish were released in 2001, then updated and expanded in the early 2010’s. This modernization refined the look, expanded languages, added more weights and turned Steelfish into brawny web headliner. Steelfish avoids modern-day stylistic touches and antique ornamentation, allowing it to swim stealthily through historical and contemporary themes.