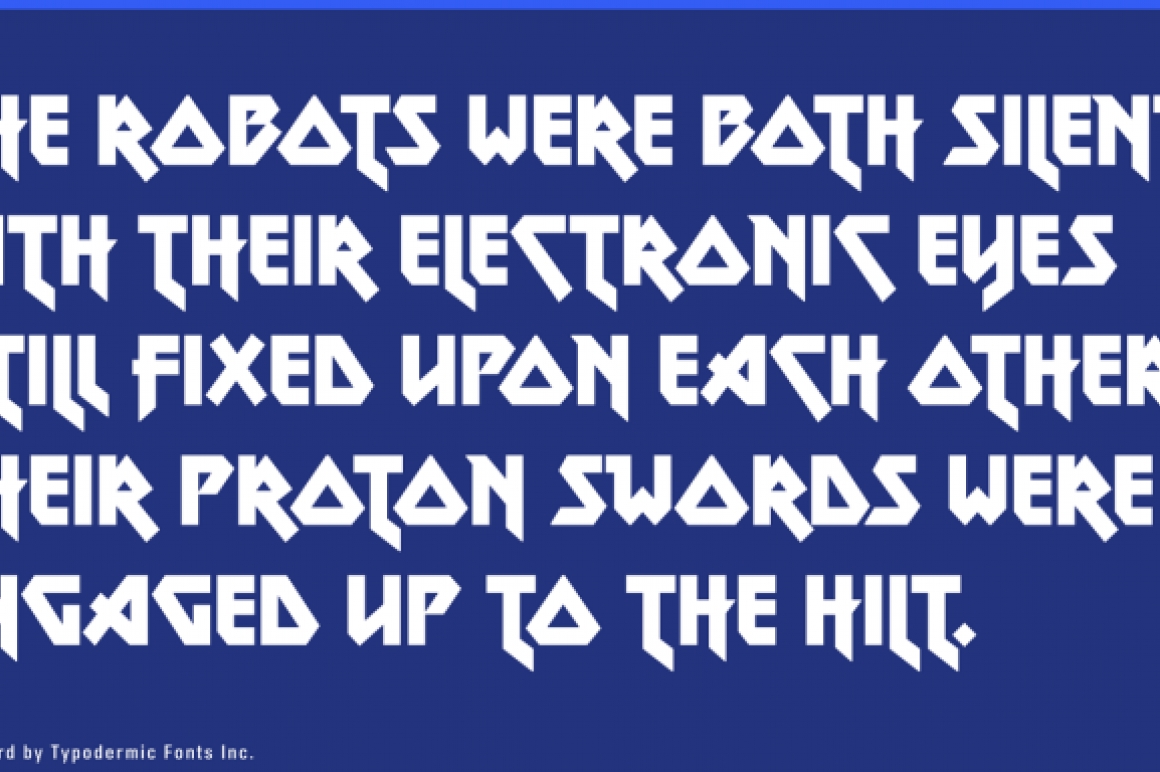 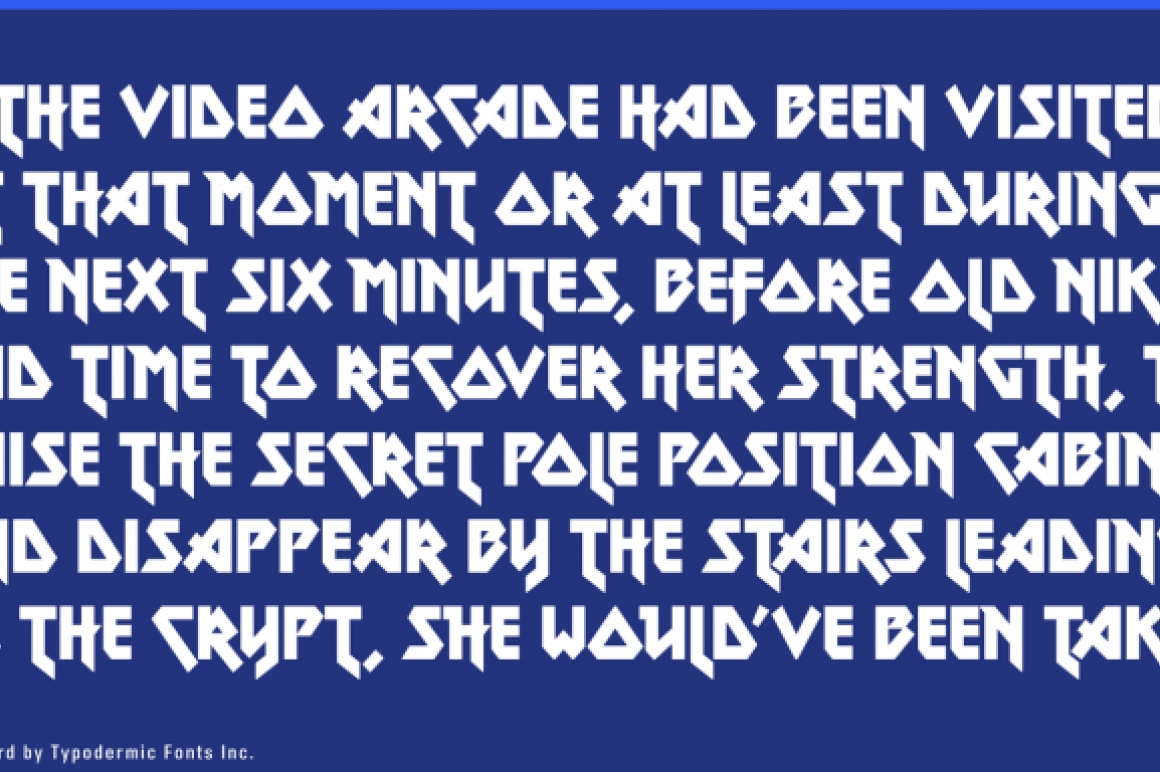 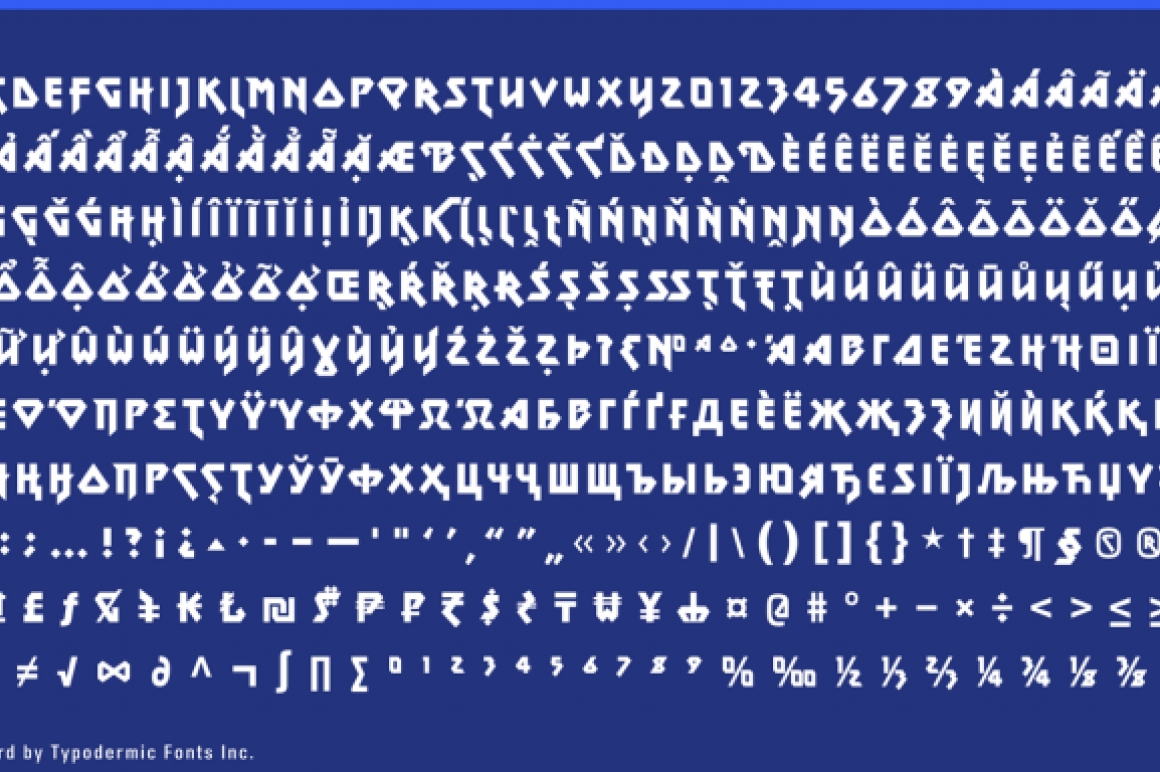 Please read the following description using your internal monologue with an echo effect. Metal Lord is a an angular metal font created in 1996. Metal Lord has been completely redrawn, spaced and kerned. It’s a bit heavier than it used to be and thanks to the discovery of additional reference material is has a slightly different design. The original version of Metal Lord was loosely extrapolated from the letters in the Iron Maiden logo using the powers of imagination . . . and the powers of Satan. You hardcore Maiden fans may recognize some of the letters from their late 1980’s official calendars. I later discovered that same font was used in 1976 for the poster for David Bowie film, The Man who Fell to Earth as well as on a real estate paperback book cover from 1979. With these extra resources I was able to piece together a better representation of this font. I still haven’t been able to figure out who designed the original: if you find out please let me know. The last version contained a rather ridiculous lowercase script S which I spotted the 1988 calendar. I moved it out of the main set but you can still get at it if you want. In OpenType apps, you can select it using the ‘stylistic alternates’ feature but I don’t recommend it. If you use Metal Lord in an OpenType savvy application, you’ll see magic stuff going on: letters occasionally flip, tuck and grow little flags to fit nicely together, but not so much as to be distracting. I’ve added lots of punctuation, symbols, fractions and numeric ordinals, to the delight of high school teachers everywhere, I’m sure.