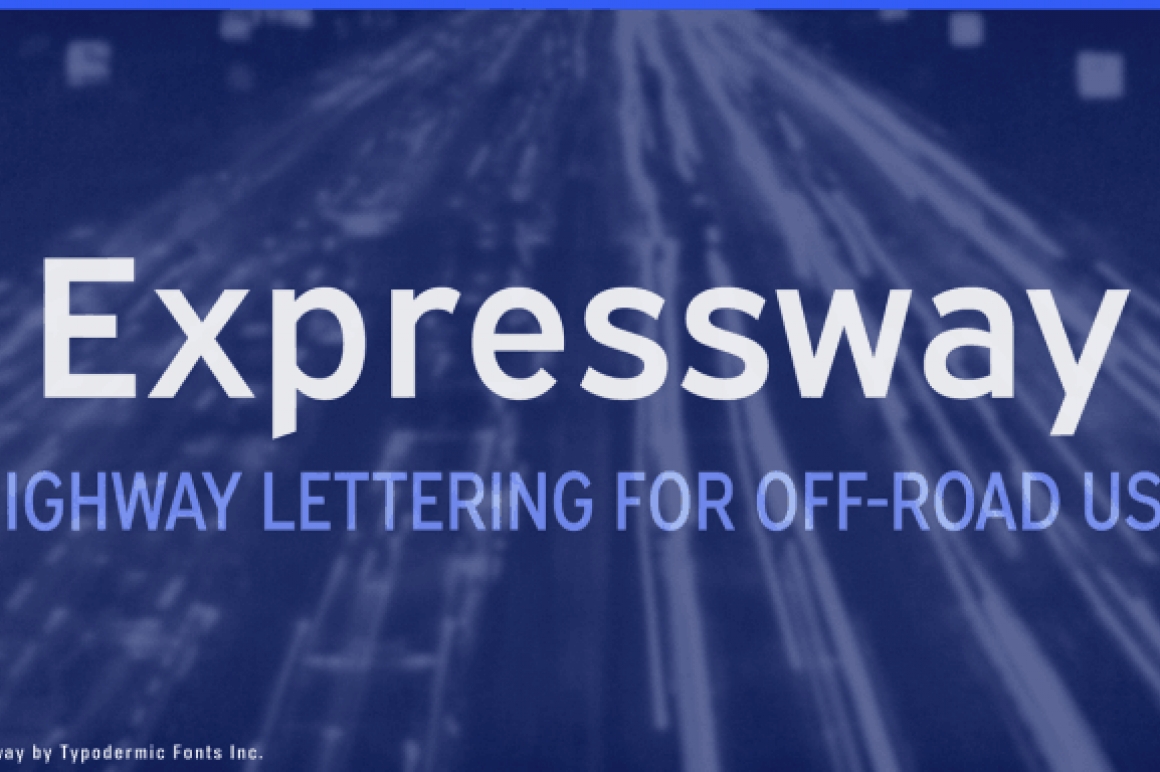 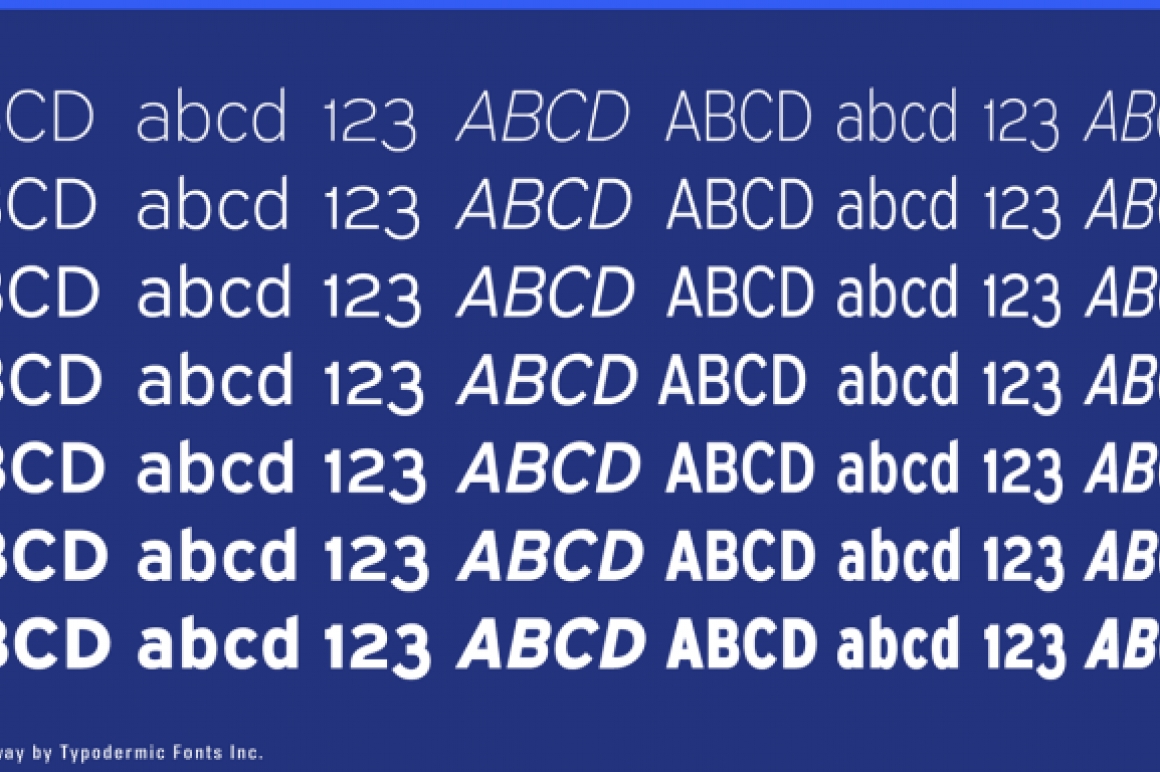 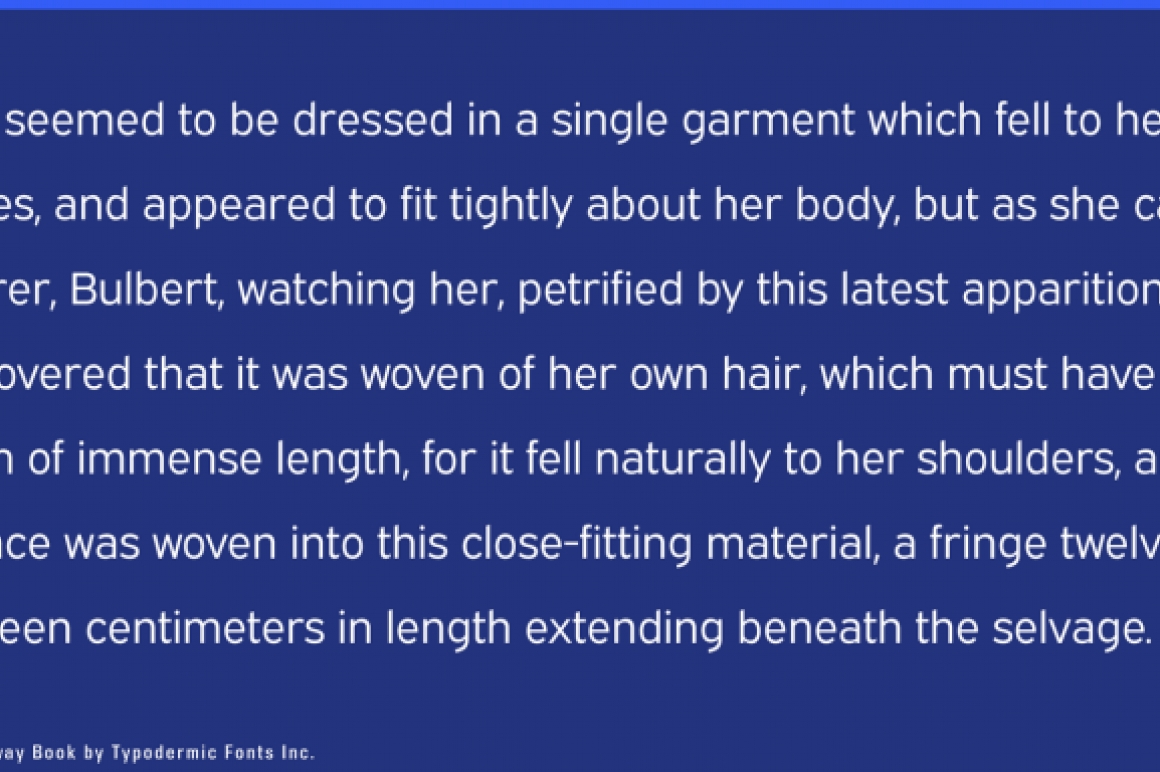 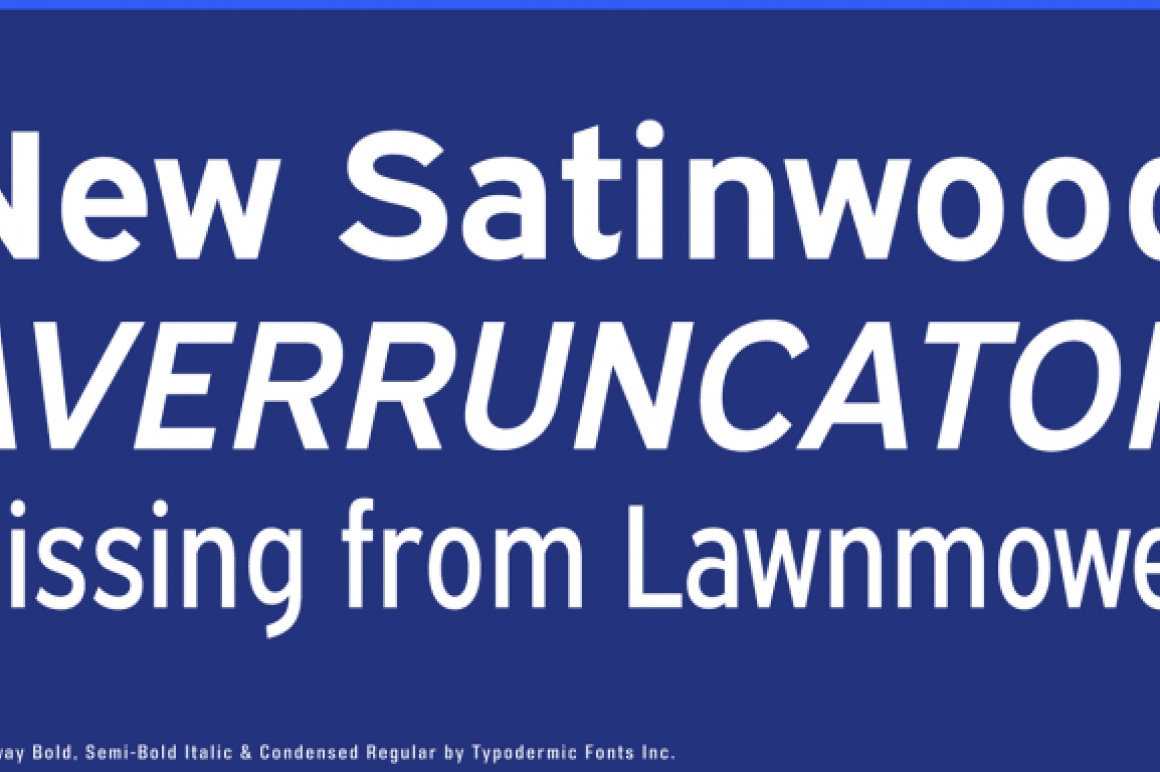 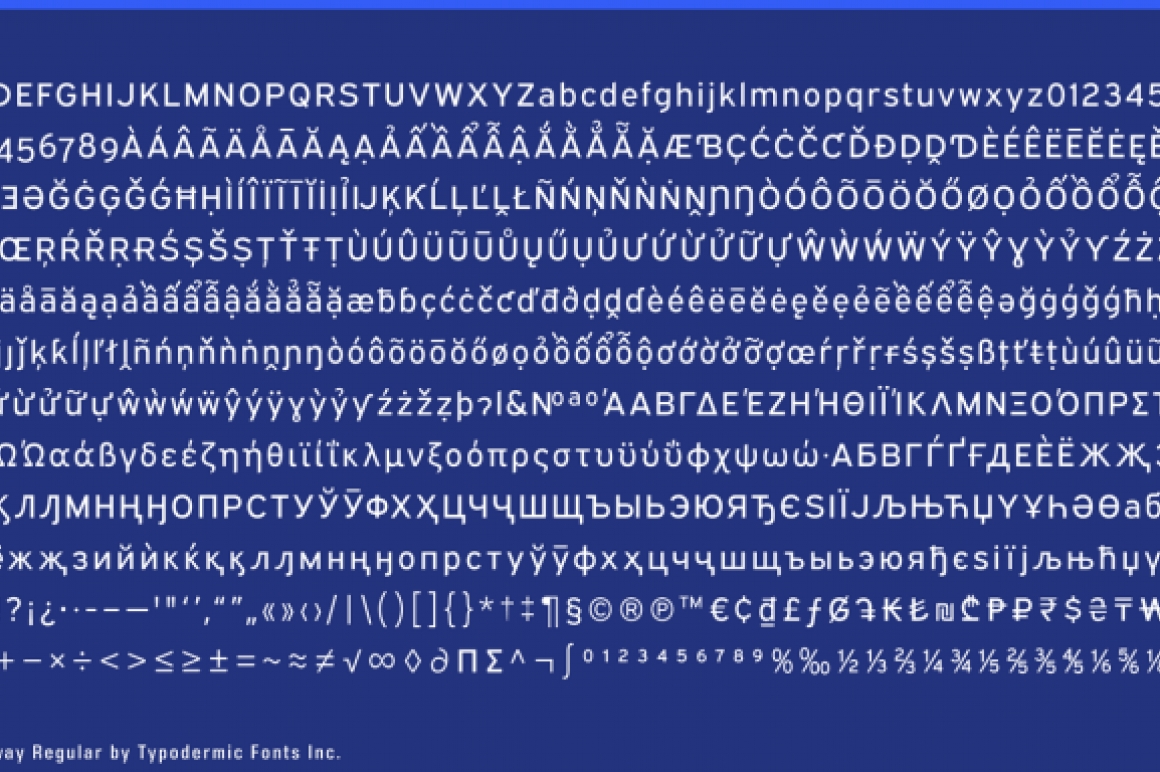 Expressway is a sans-serif font family inspired by the U.S. Department of Transportation’s FHWA Series of Standard Alphabets, also known as Highway Gothic. Since the middle of the twentieth Century, it’s the font most used on road signs in the United States, Canada, Mexico, Australia, Turkey, Spain, Venezuela, the Netherlands, Brazil, Argentina, Taiwan, Malaysia, Indonesia, India, Mongolia and New Zealand.

Rather than rigidly following government specs, Expressway is a more practical design that still holds on to that road sign feeling. The full family has 7 weights, 2 widths plus italics for a total of 28 styles.

In OpenType savvy applications, you can access old-style (lowercase) numerals as well as monospaced numerals. Currency symbols, mathematical symbols and fractions are monospaced, making it easy to set up price lists and other tabular numeric data. Almost all current Latin based languages are supported, including Cyrillic languages, Greek and Vietnamese.

For a soft, rounded version, check out Expressway Soft.